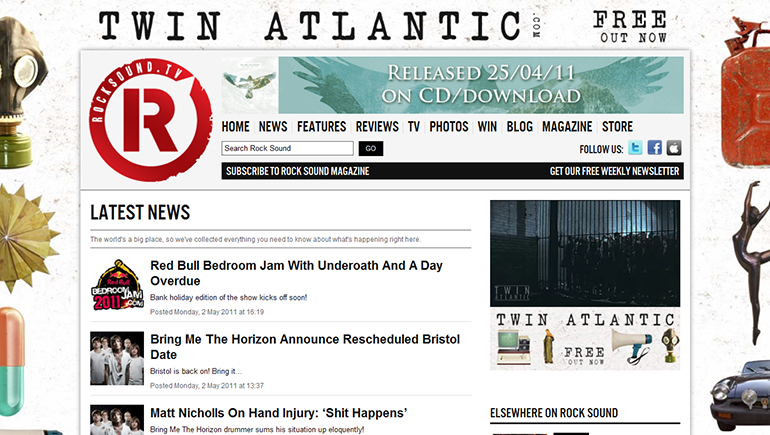 Twin Atlantic are a band we have worked with since they first signed to Red Bull Records, from the early gigs to their current sold out tours & headline festival appearances. Their second record ‘Free’ was released February 2011 and continues to remain in the charts.

We have run built a strategic on going media plan working across all platforms starting from Social Networks, Print & Radio campaigns to national Outdoor activity to the current video pre-roll & TV campaign. Attached are just a couple of examples of our work.

We are continuously working on the progress of Twin Atlantic and as they becoming bigger we seek to engage with new fans and broadening the Reach of one the UK fastest growing rock bands!